place | Maastricht
category | woonblokken
12SVM
Residential building the “Spil” is a seven-storey residential building and one of the two outstanding buildings in a new neighborhood ‘Vroendaal’ in Maastricht.
The plot on which the building is to be designed is located on the intersection of the main connecting road on the one hand, and an existing green area to be maintained in the middle of the urban plan, which is the separation and / or transition between the private houses and the terraced houses. The project is the only apartment building within this urban development plan and therefore an orientation point. From an urban planning perspective, it has therefore been decided to project the building perpendicular to the connecting axis, so that it will form part of the connecting axis and its orientation along it, rather than trying to connect it to low-rise houses. This makes the building part of the big picture and not in the first instance part of the plot on which it must be built.
The lower floor, the parking level, is largely submerged in the ground level, which means that the first floor is around 0.9 m above ground level.
The apartments have a 3-sided orientation, whereby the living spaces and loggias are mainly oriented to the south. The southern facade is, in contrary to the brickwork of the other facades, designed as an open structure with individually operating folding shutters. 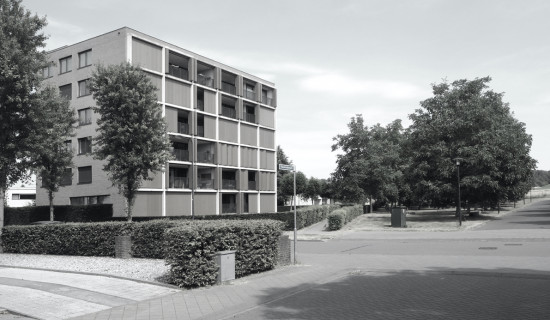 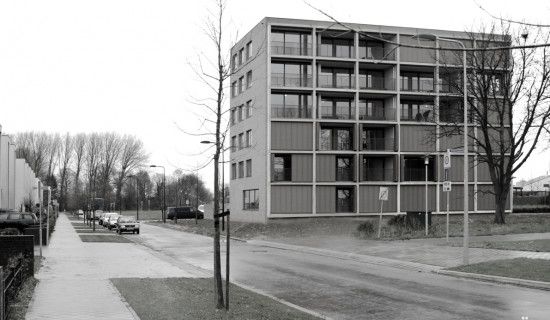 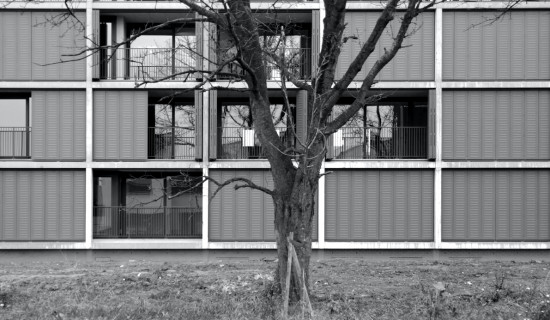 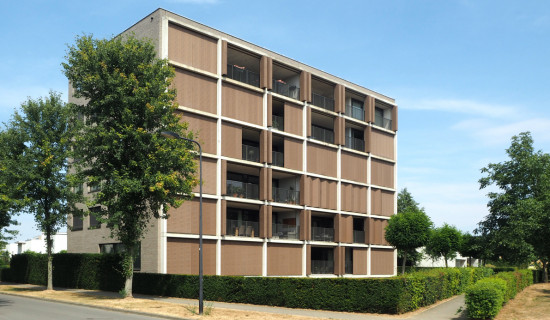 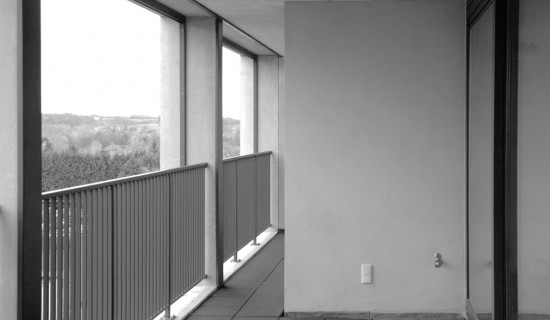 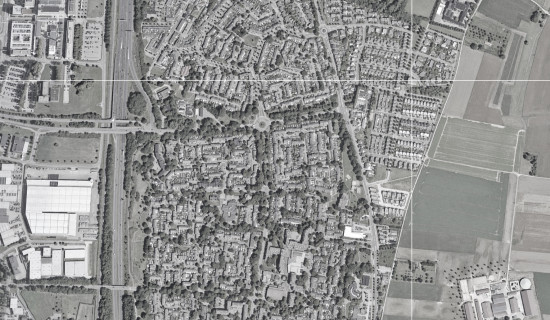 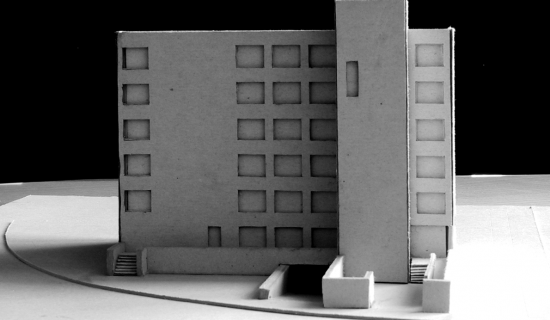 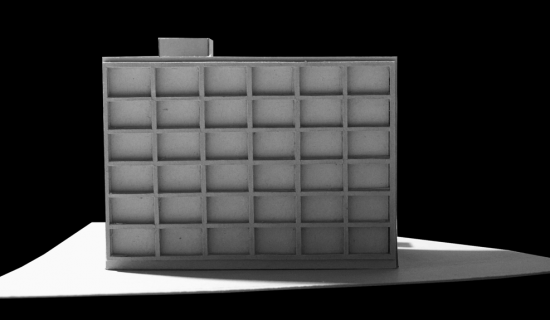 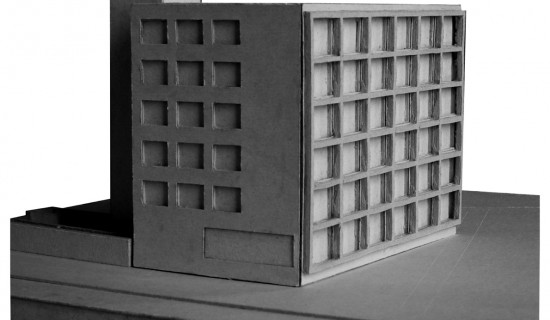 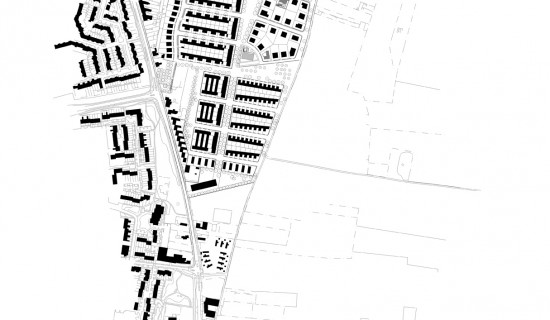 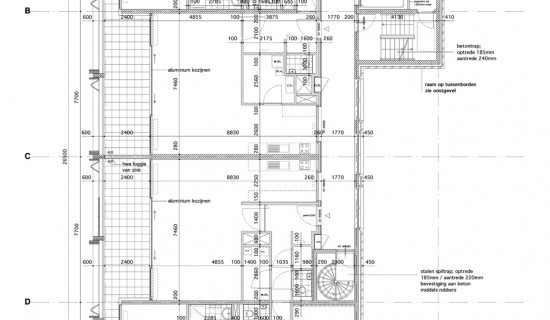 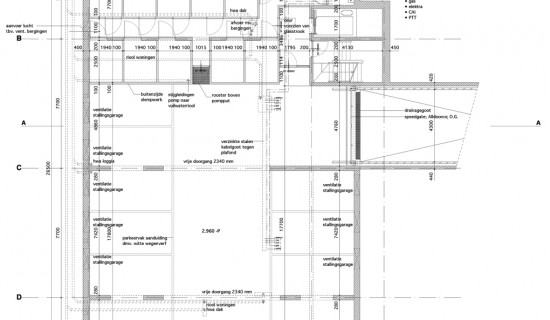 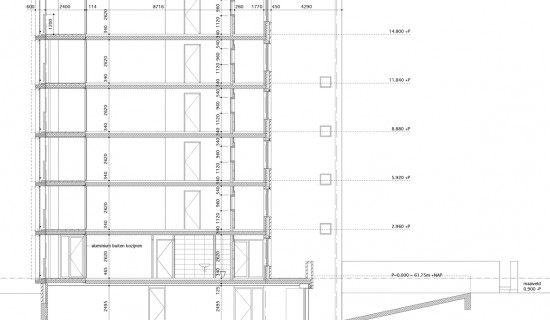 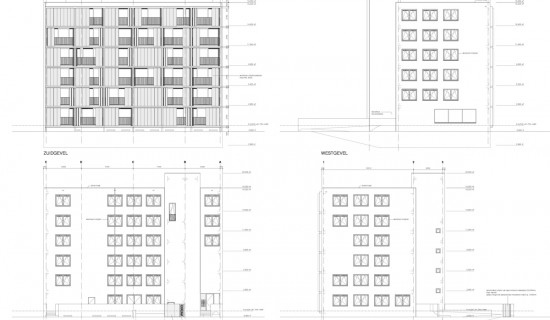