place | Maastricht
category | Utiliteit
CKM
The tennis club pavilion Kimbria is located on the Mergelweg, a road, which is part of the green belt Jekerdal. The demolition of the existing club building gave us the opportunity to reorganize the tenniscourt area and to chance the typology of a tennis-canteen, into a clubhouse, referring to a 'grand café'. The main design challenge was to create a building in this green belt; to design a building with the idea of 'camouflage-architecture', in other words a building that blends into its surroundings and even disappears, instead of a building that competes with its environment.

In the existing situation the position of the tree was an obstacle; in our design this tree became the central element. The height difference between the street and the tennis courts is used to create an extra level in-between, a plinth, on which the clubhouse is projected. On this plinth sits the existing tree that becomes integrated into the new design. Except for the entrance, which is directed towards the tree, the street façade of the building is practically closed. The entrance side contains all other auxiliary spaces as well, such as the kitchen, dressing rooms, showers and toilets. The western court side provides public spaces, namely a grand café and a conference room, either of which can be used individually and communally, providing a panorama on all tennis courts. Both the grand café and the conference room border on a covered terrace.

The exterior of the building is made of vertical wooden slats of untreated Western Red Cedar. Not only will the discoloration of the facade of the building blend into its natural surroundings, but through the use of this material, this facade is free of maintenance and sustainable.
The building with its openings, is dimensioned on a grid of 40 mm. This size is the result of the dimensioning of the wooden slats 26 x 44 mm and a gap size of 14 mm. The façade is prefabricated in elements in the workshop of the contractor and assembled on the building site. This effecient process, had also the advantage that all facades of the building were finished almost simultaneously, and thus the discoloration process proceeded simultaneously.

The idea of a building in a natural environment is translated in the interior by using bamboo for the floor.
The two interior elements, the bar furniture and cupboards, executed in black varnished MDF.

The task we had set ourselves with in order to realize this tennis club pavilion; was to design a building that blends in with its natural environment and is sustainable, therefore making it timeless, robust and maintenance-free. 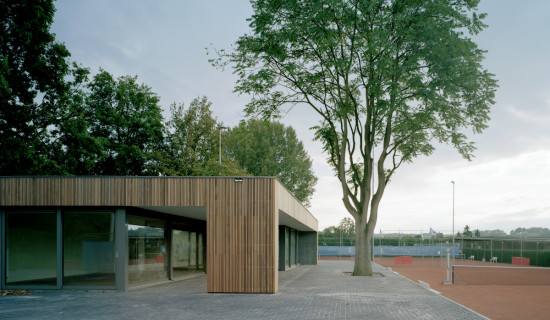 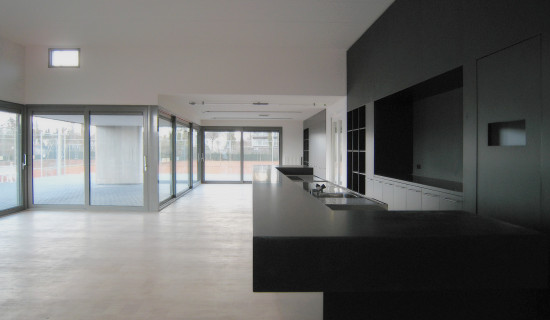 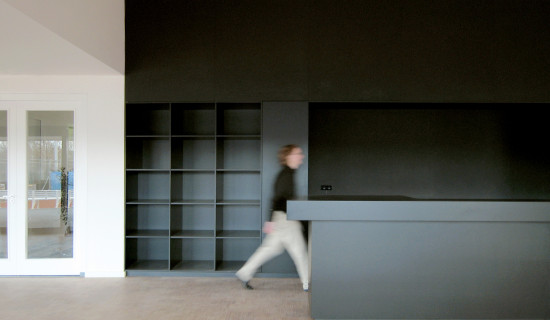 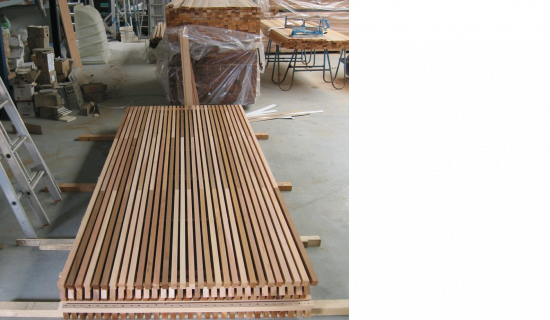 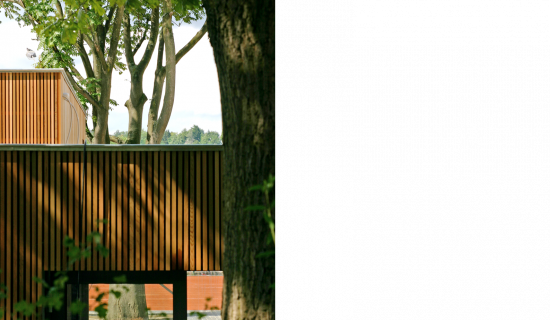 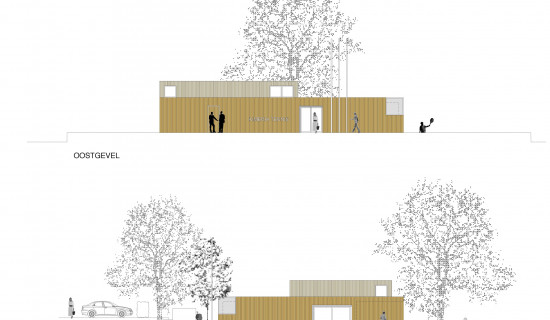 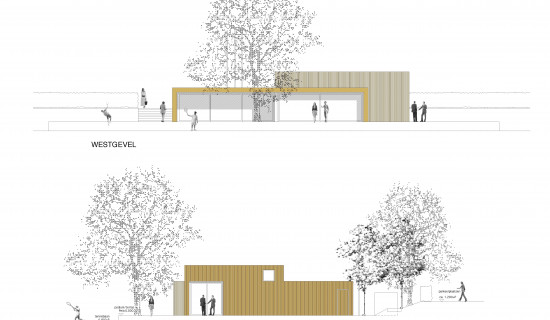