place | Berg en Terblijt
category | privé woning
LKM
The program for a house for an older couple [with guest rooms, workshop and office space] translated into a renovation of the morphological structure and the typology of the Limburg farm. The site, as it happens, lies in a typical Limburg village street. By demolishing the existing farmhouse, which had been, to a great extent, deteriorated and was collapsing, a new potential for a location with a vast open view revealed itself. The main volume of the original farmhouse was to be completely rebuilt in order to restore the image of the street and the relationship with the adjacent houses, and thus, the most important facade openings, such as the entrance gate, were to be used as reference points. This main volume was to contain the workshop, the office space and the guest areas.
Further, a second volume is designed to accommodate the living functions. The positioning of this volume with respect to the main building generates an interior court between the two. The new one-storey house closes itself to the interior court, only to open out to the landscape on its other side and give its occupants an optimally wide view. By executing this volume in wood, the house almost dematerializes within the landscape. With time, the facade color would gradually turn into grey and thus, give the house a characteristic barn-look. The facade to the inner court has three openings, which can be closed off with sliding wooden shutters [made from the same material as the facade], whereby the house would become completely closed to the public road, without revealing its contents to the outside.
The two volumes, by their construction, refer to the Limburg farm typology. They also suggest other interesting architectonic themes, such as courtyard building and privacy filtering. The building of privacy for the inhabitants happens gradually, in phases of movement: from the public road, through the semi-public court, to the privacy of the home behind the closed facade. Thus, the volumes comprise the filters, through which one can permeate to the residents. 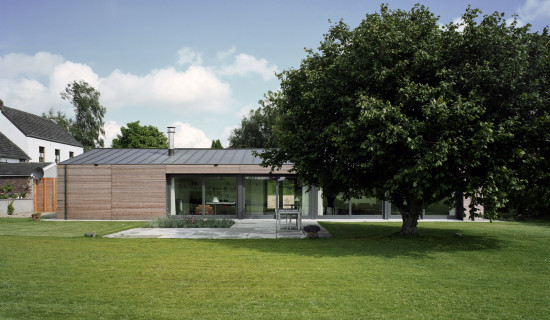 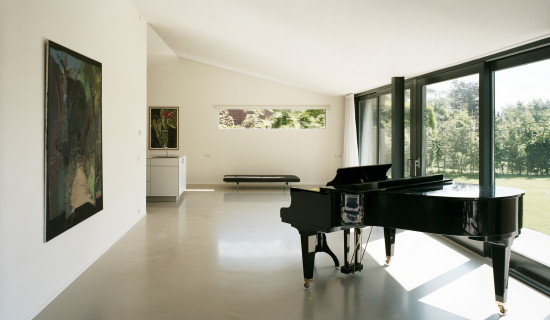 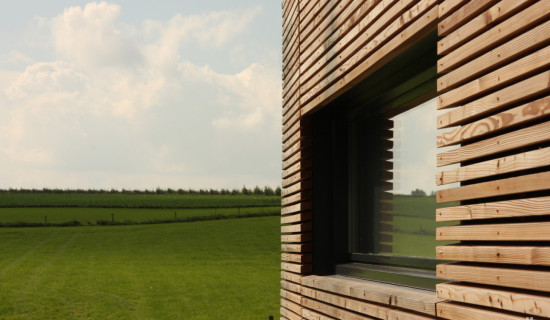 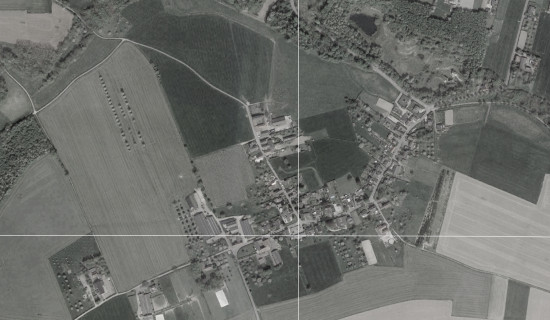 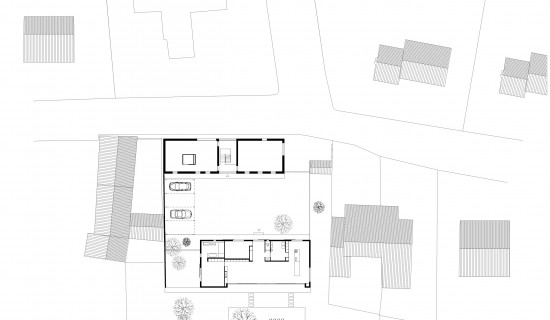 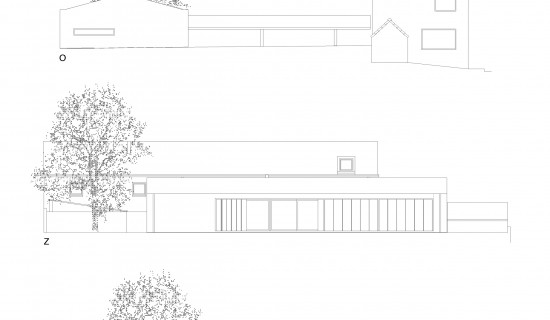