place | Maastricht
category | privé woning
YTW2
This house in one of the suburban extensions of Maastricht is designed on nine square grid of 5x5 meters. The ground level contains the program of a patio-house including the master bedroom. The spaces for the children are housed on the first floor spanning the three squares of the grid on the street side.
The basement, spanning the same squares, contains next to some storage rooms a more intimate dwelling space. This space for contemplation receives its light via a sunken patio, a space that acts as an interface of nature.
This sunken patio tries to abstract and sublimate the elements of nature, like the water that falls down on one side from an elongated basin in the garden, or the shadows of the plants above. This space for contemplation can only be reached if one knows how to reach the heart of the house.
The lay out of the garden around the house is designed in such a way that it becomes a kind of promenade showing the outside of the house from different perspectives.
However the house is designed with a particular idée of privacy in mind, it is a house that has to be discovered, it does not give away its interior in the exterior façade. It’s a house that should intrigue not only the visitor but also its inhabitant through the wealth of experiences gained by means of employing only a minimum of form. 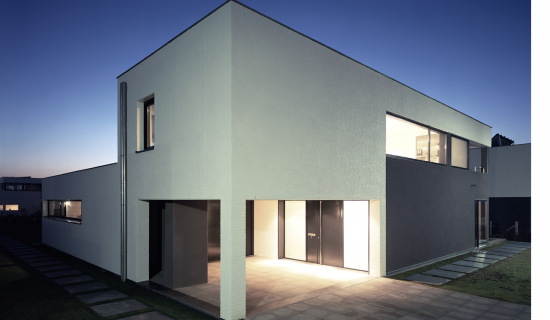 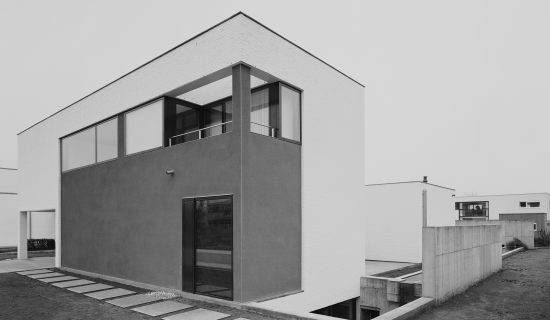 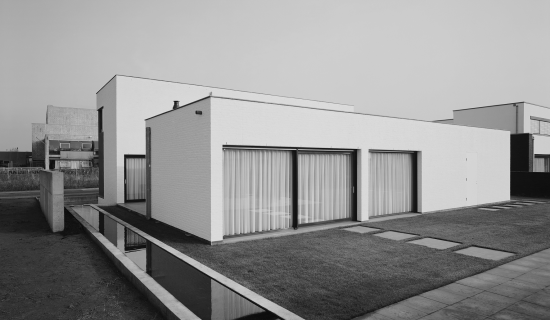 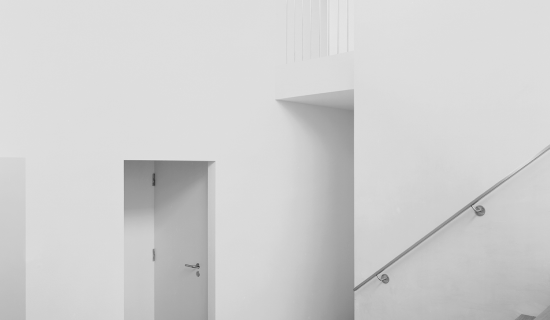 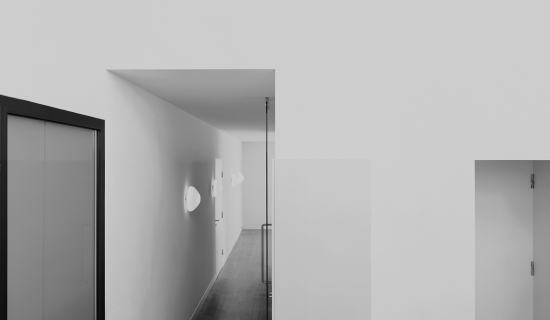 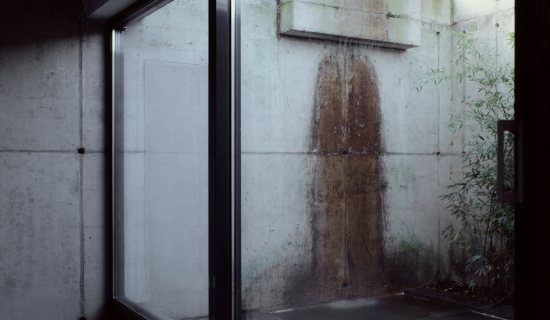 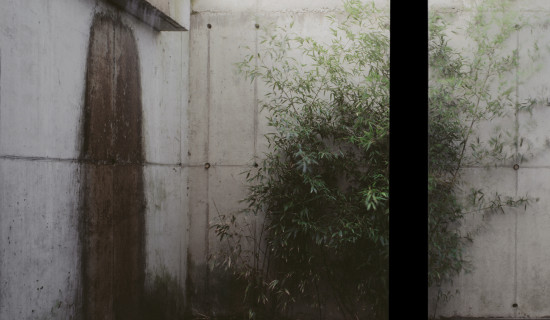 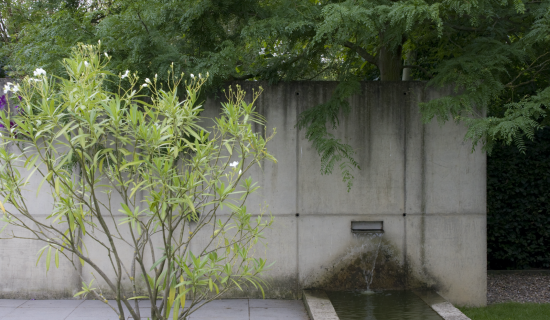 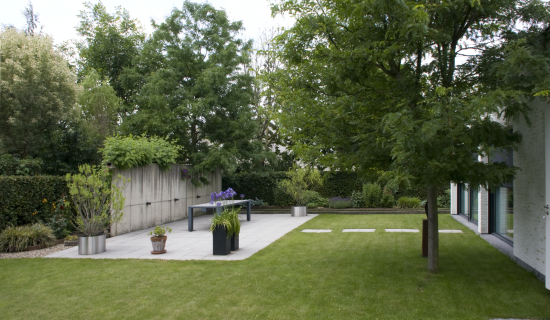 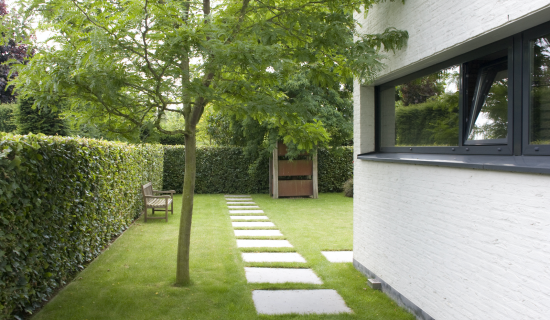 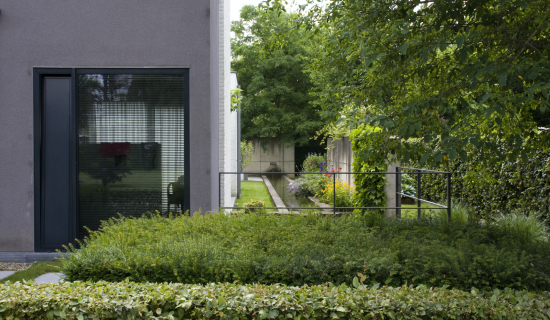 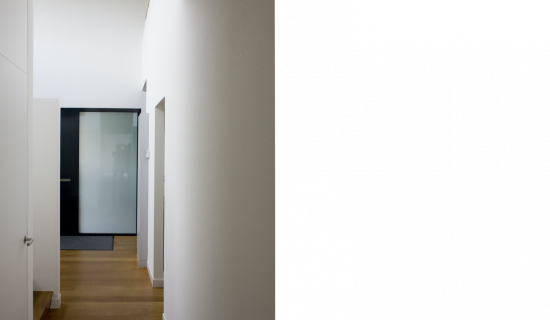 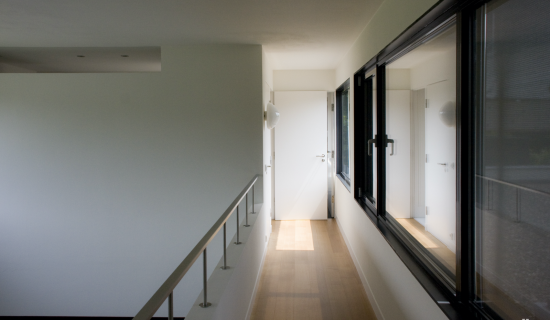 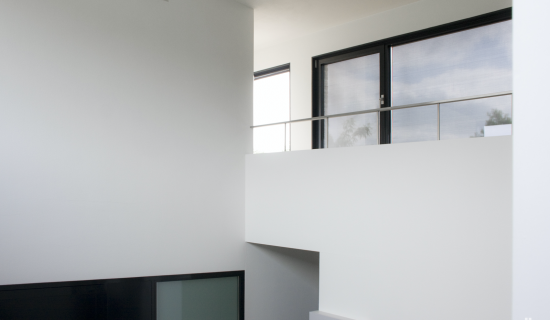 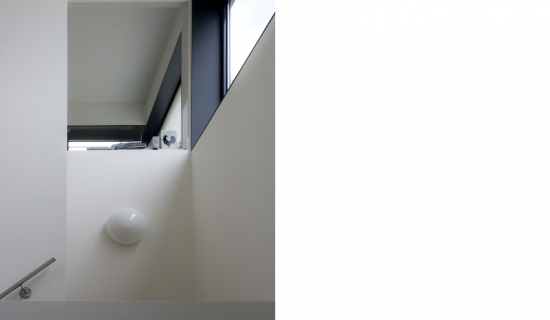 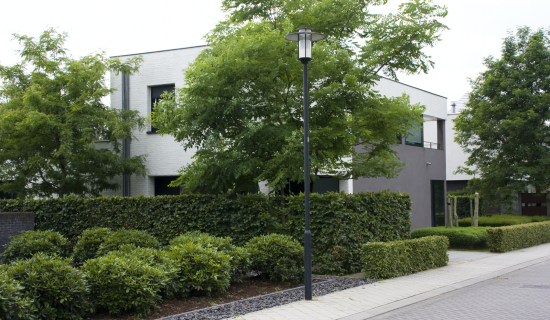 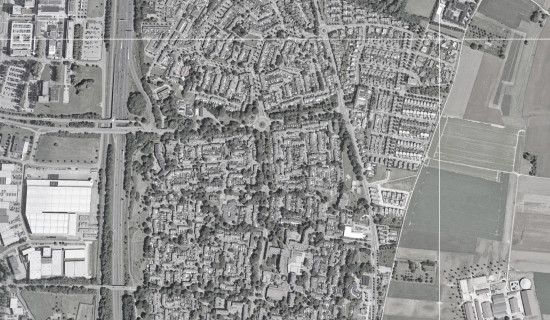 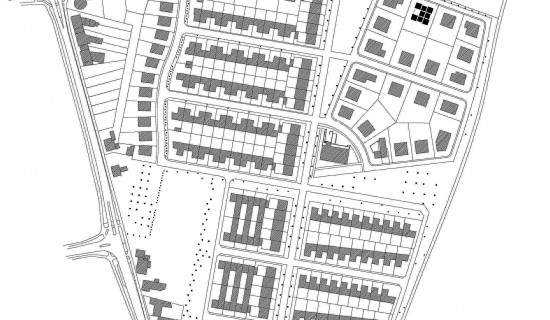 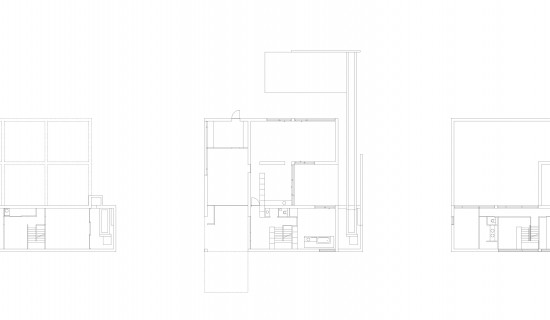